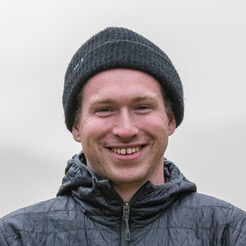 In November 2018 I got a call from Ben McCarthy (Amazing BBC Producer) to see if I was available to go along to Stubai, Austria to work on a project with himself and Presenter Jenny Jones for Ski Sunday. If you don’t already know Ski Sunday, it’s a British winter sports television series that started in 1978 and has become extremely popular in the UK with over 1 million views per episode.

Working on projects for Ski Sunday is great but it’s even better when the piece is about legendary snowboarder Anna Gasser! We would be shooting for 3 days in Austria, which would include filming up on the Stubai Glacier at the Prime Park Sessions and an interview to go with it. I was really looking forward to getting back up on to a glacier and shooting one of the best snowboarders in the world in one of the best parks in Europe… Little did we know we would be right in the middle of a world’s first female Cab triple 1260 and document it all.